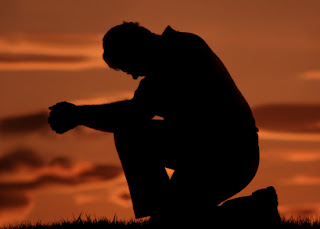 The sun was dipping low in the west as I left work last night, so as I prepared to mount my sport bike I put on my helmet and swapped my glasses for prescription sunglasses and tucked the hard case into the pocket of my jacket. Initially it didn't go all the way in because I also had the garage door opener in there, but I fiddled with it and every thing fell into place. I turned on an audio book and settled in for the 23 mile commute home. The ride was pretty uneventful except for one little pucker moment as I pulled onto a highway where I got onto the throttle and the rear tire spun up and gave me a little kick as the bike fishtailed and then snapped back into line. I didn't think I had gotten on the gas that hard and I suddenly started worrying I had oil or radiator fluid leaking on the rear tire so I pulled off on the shoulder as quickly as I could. A quick check showed that everything was fine and the rest of the ride home was uneventful. I pulled up, parked, took my sunglasses off, doffed my helmet, and reached for my glasses to find a jacket pocket with only a garage door opener.

All good Mormons know how the story goes from here. You bow your head and say a quiet prayer. You humbly ask Heavenly Father to protect your glasses from harm and to open your mind and sharpen your eyes so that you can find them. God's will be done of course. Then, faith strengthened, you head out in search of your lost item.

Which is what I did. Minus all of the superstitious mumbo jumbo. What I did do was try to do what I believe prayer normally accomplishes. I calmed down. Took deep breaths. Walked through what happened. Tried to reason out the most likely places where it would have fallen out. When I first pulled out of the parking garage. At stop lights and turns. When I stopped at the side of the road. When I stopped to fill up with gas. Anywhere between work and home. Then I pulled out and started looking. And tried to stay positive and sharp.

As I searched I wondered a little why I was bothering. The likelihood of finding my glasses was incredibly small. And if I found them it was very likely that they would be mashed garbage in the road. This was reinforced by the heavy oncoming traffic that was making it difficult to see the road I was trying to scan. I also noticed how easy it would be for the case to have tumbled off the road and into the grass alongside the road where there was no chance for me to see it. The only chance for me to find them was if they fell onto the road or shoulder and somehow avoided getting run over.

I made it all the way back to work and then started working my way back. I got to the point where I got kicked out of the saddle and pulled off. I didn't see anything and started to ride by but then had a flash of recognition! Pulled over and walked back. Sure enough. Right on the edge of the grass was my case! I opened it up and with a sinking feeling saw that it was empty. Okay. With the sun beginning to set I turned up the road, spread my arms out in a search cone and looked carefully as I started to walk and nearly stepped on them as they sat, neatly as you could wish for, as if someone had laid them neatly down on the side of the road without a single scratch or bit of damage about 10 feet away from the case.

So, how improbable is this? If a believer had prayed first and had this happen to them, would this have been a faith-promoting answer to prayer? Almost certainly. An eye glasses sized needle in a 23 mile, traffic clogged haystack. In order for my glasses to have been safe and to have been found they had to fall onto the side of the road, not into traffic. Or into traffic, but not in the wheel track. But if not into traffic, not off of the road where they couldn't be seen. The odds just seem pretty small that they would be found and even if they were found that they would be found completely unharmed.

But I was utterly faithless in any kind of divine intervention. I trusted only in myself. And I was completely reconciled to the very probable outcome that I was going to be scheduling an appointment with the optometrist to get a new prescription (which I need to do anyway) and then order up some new frames. Frankly, I was wondering how I might change the obvious hit to my wallet into a positive by changing up my look with some cool new glasses. But instead I found my old ones.

I really appreciate this "miracle" a great deal despite my complete atheism. I felt great relief and happiness when I found my glasses. I felt, dare I say it, pride in being tenacious enough to not give up and go back and find them. But what is a little easier for me is that I don't have to try to fit all of this into some kind of great metaphysical equation where I try to figure out God's will and why he grants some prayers and not others. This was just one of life's random occurrences. This one happened to go my way. Many others in life haven't.

In my believing days I had my spiritual experiences and answers to prayers. I now explain them in the same way that explain the incident above. All of those experiences were real, but in every case I've been able to given naturalistic explanations for them that require no God or supernatural cause. It was all very simple in hindsight to realize how circular my reasoning was to support my testimony and belief in the church and God. In the end I realized that I believed because I wanted to believe but that there wasn't any evidence at all for any of it.

Once you reach this state of mind it becomes impossible to go back to the Mormon mindset of getting on bended knee and fasting and praying about questions or problems. Exactly what is that supposed to accomplish that thinking and talking and reasoning can't? See the above rational process I used for finding a lost object.

So, there was my atheist miracle which recalled miracles from my Mormon days. Just in case you are worried that you will no longer be blessed once you wander into apostasy.

Do you have any insights into why Romney is lying so much? Most politicians lie but Romney seems to do it with each breath. Is this a Romney thing or a Mormon thing?

Fascinating reading. Many people with that experience would find their faith re-affirmed. I'm glad you withstood the temptation.

Note that this post has been nominated for a Brodie Award for "Best Moving on from Mormonism Story." You can vote for it here.

Even though you no longer believe in God, God still believes in you. What parent would abandon their child, and not want to continue loving and blessing them just because they go through a rough patch of not believing? So continue to look forward to miracles, because as long as God loves and cares for you they'll be there, so expect many more... :-)